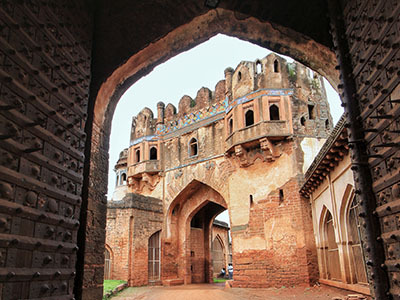 Bidar is the land of incredible history, often called ‘The city of Whispering Monuments’, and has over 60 monuments from the glorious historical past. Referred as the crown of Karnataka, Bidar lies in the most northern part of the state of Karnataka. The prominent and historical part depicts that Bidar was ruled by many rulers like Chalukyas, Kakatiyas, Tughlaqs, Rashtrakutas, Bahamani Shahi, and even Hyderabadi Nizams. The monuments in Bidar illustrate the significant rich history of the district and the state. The marvelous architecture of monuments in Bidar is an interesting blend of Hindu, Turkish and Persian styles. Bidar is known for its several architectural, religious, and historical sites of great importance. The city has a prominent place on the archeology map of India due to its affluent heritage.
Of all the over 60 monuments in Bidar, the most famous and historic ones are worth visiting again and again. 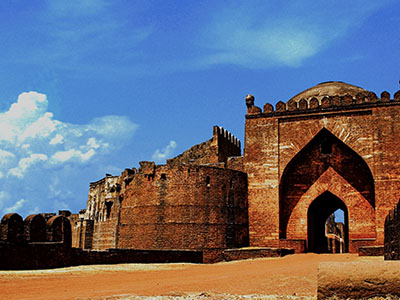 Known for its Islamic architecture and water supply system, Bidar Fort is one of the most-visited monuments in Bidar. The ruins of a glorious and a grand fort speak a thousand words. Bidar Fort was built by Ahmad Shah Wali Bahman in the 14th Century as Bidar was the then capital of the Bahmani Kingdom. Later in the 15th century in1427, the fort was renovated by Sultan Ahmad Shah-I when he shifted his capital from Gulbarga now Kalaburagi to Bidar. There are over 30 Islamic monuments inside the Bidar Fort premises making way from seven entrances to the fort. Bidar fort depicts the Islamic and Persian architecture with 37 bastions hosting metal shielded cannons. The main citadel housed mahals, mosques, and royal palaces. 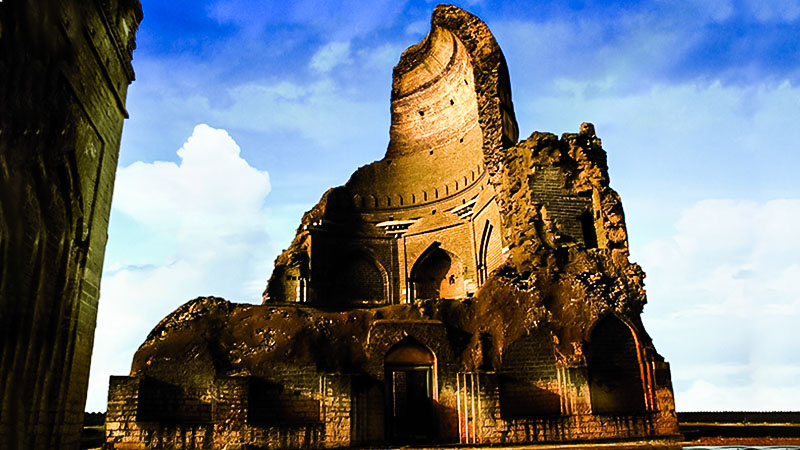 Beautifully adorned domed mausoleums and a unique cluster of 12 Bahmani tombs in Ashtoor is a must-visit in Bidar for every traveler, history enthusiast, and who has a keen interest in archeology and ancient architecture. Built by Ahmad Shah Al-Wali, these tombs embrace magnificent domes, niches, and arches. The main attraction of these tombs is the fascinating walls engraved with the verses from the Quran written in golden colour. It also highlights the Swastika symbol which is so unusual in the Islamic style of architecture. These tombs stand tall in grandeur showcasing beautiful floral designs, religious texts, spectacular painted ceilings, artistically painted tiles, and much more. Ashtoor or Bahmani Tombs attracts travellers from all segments. 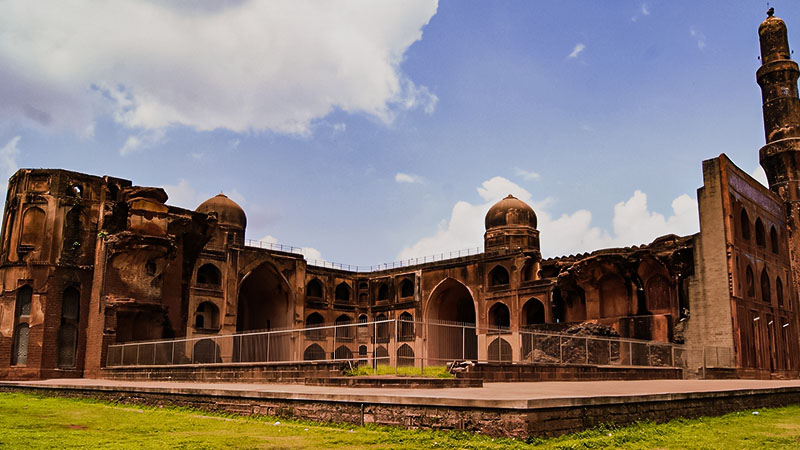 Mohamud Gawan Madrasa is the ruins of an Islamic College built in the 1460s is a three-storied heritage property decorated with intricate tile work and verses from Quran. This landmark piece of heritage has a special place in the list of monuments of national importance.
Madrasa once housed a mosque, a library, lecture halls, professor residences, and student cubicles. Students were taught Arabic, Persian languages, philosophy, astronomy, theology, and mathematics. The students were privileged with free education, boarding, and lodging facilities. One of its kinds in India, the Madrasa of Muhamud Gawan building suffered a lot of damage due to a gun powder explosion in 1695. However, due to its strong built and marvelous architecture, it still retains its glory.
The Madrasa attracts history enthusiasts, literature lovers, and travelers for many reasons including the façade made of colourful tiles in green, yellow, and white colours, a massive library with more than 300 volumes of manuscripts, artwork, and architectural excellence with quotes from Quran. 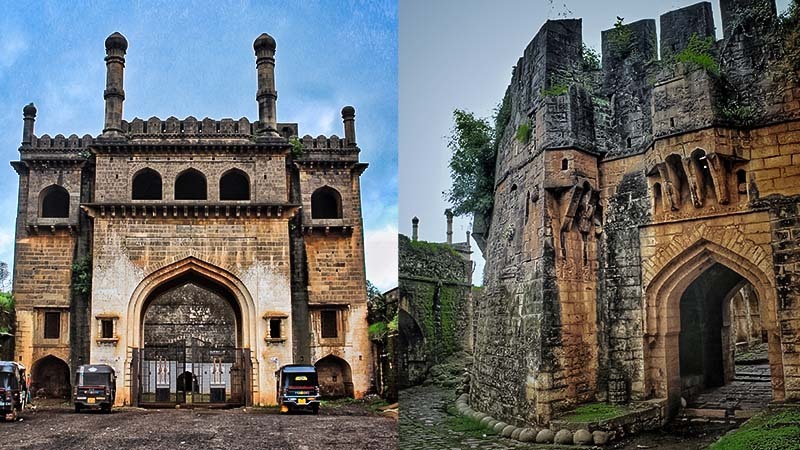 Just 80 km away from district Bidar, Basavakalyana once was the capital of the Kalyana Chalukya Empire. Basavakalyana was once the center of wealth and prosperity in the region. Known for its fort, temple, lake, anubhava matapa, and Parusha Katte (Philosopher’s stone) this monument was a large metropolitan city. Famous for its cultural heritage, Basavakalyana was the karmabhoomi of Basveshwara, the most celebrated religious reformer of the 12th century. The iconic place of the time was the learning epitome of spiritual wisdom. The complex also hosts some Islamic monuments like Moti Mahal, Hydari Mahal, and Peeran Durga. Constructed by Chalukyas and later under the Nizam’s rule, the museum in the fort has an immense collection of historic valuables and Jain idols from the 10th and 11th Centuries.

How to reach Bidar:

Being the district headquarters, Bidar is well connected by rail, road, and air. The biggest town closest to Bidar is Hyderabad in Telangana state. Hyderabad is about 150 km from Bidar. Bengaluru, the Karnataka state capital is about 690 km away.

Bidar has an airport under the UDAAN scheme and is connected to Bengaluru. The closest domestic and international airport is Hyderabad which is 149 km from Bidar city. Bidar is well connected via road and rail from Hyderabad.

Being district headquarters, Bidar has a well-connected railway station. Trains from various parts of the country connect to Bidar. The nearest and biggest railway junction is Wadi Junction which is about 140 km.

Any city or town can be best traveled to the last mile by road. Bidar is well connected via the state-run transport system, KSRTC by bus from Bengaluru and other major cities in North Karnataka. To explore Bidar city one can hire a taxi either from Bidar or Hyderabad.

Being in North Karnataka, Bidar is a comparatively hotter district than other districts in the state. The best time to visit Bidar is post-monsoon i.e. from September until February. Monuments in Bidar become cooler and it is comfortable to walk around in the town too.

The native of Bidar, Bidriware with GI (Geographical Indication) tag was developed in the 14th century C.E. during the Bahmani Sultans’ rule. The popular metal handicraft from Bidar is one of the most prominent handicrafts in India. The white brass that is inlaid with silver with intricate craftsmanship forms exquisite artifacts, home décor, and jewelry. Bidriware is a must-buy from this heritage city.
Historical ruins and monuments in Bidar reflecting Islamic and Hindu architecture are a paradise for pilgrims and history lovers. 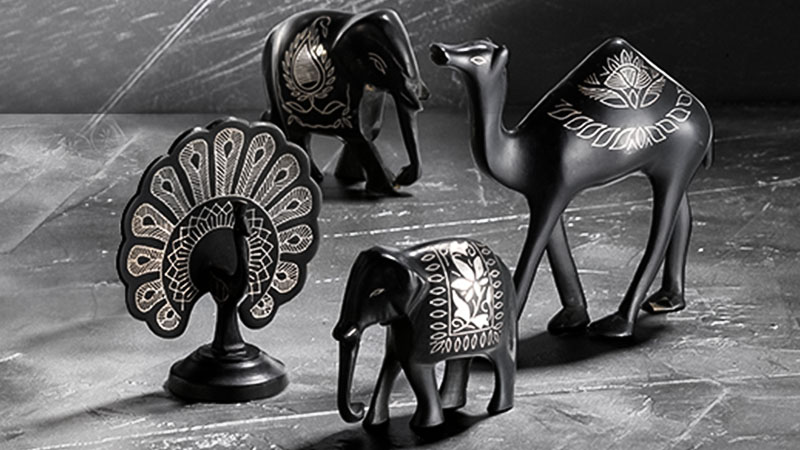 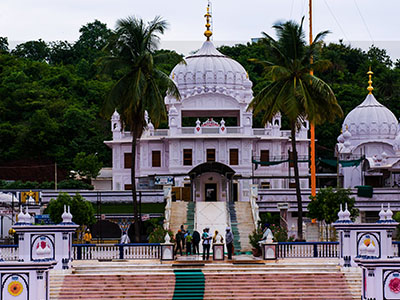 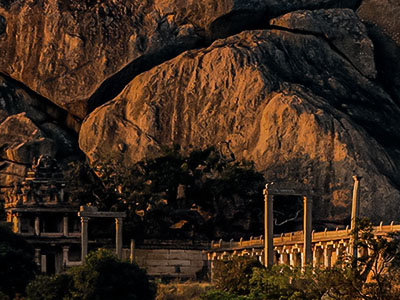 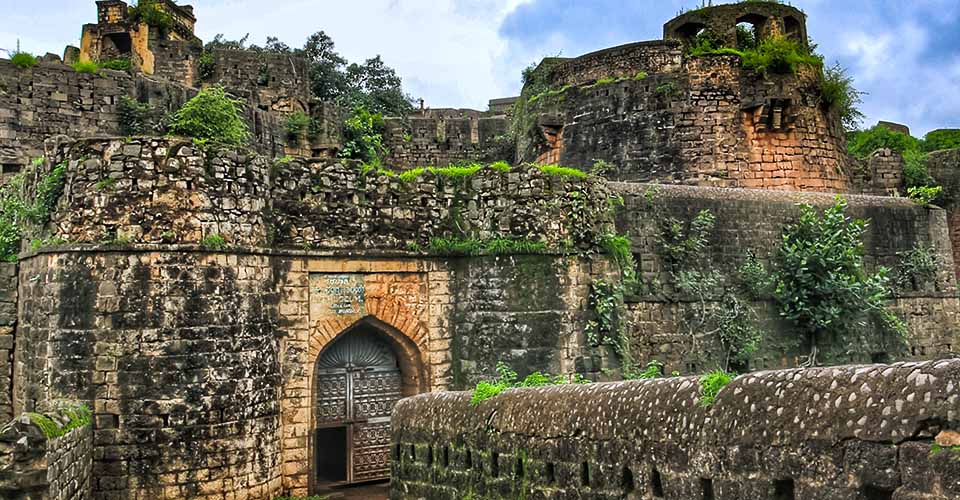 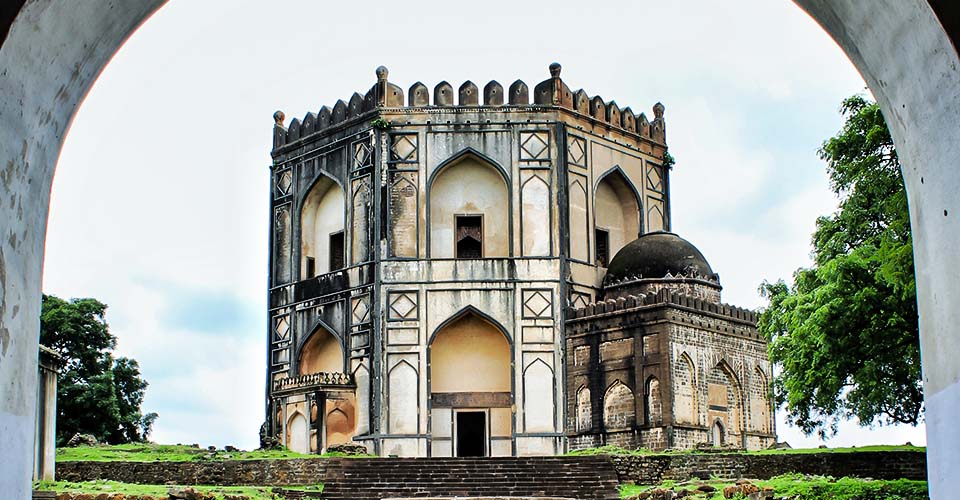 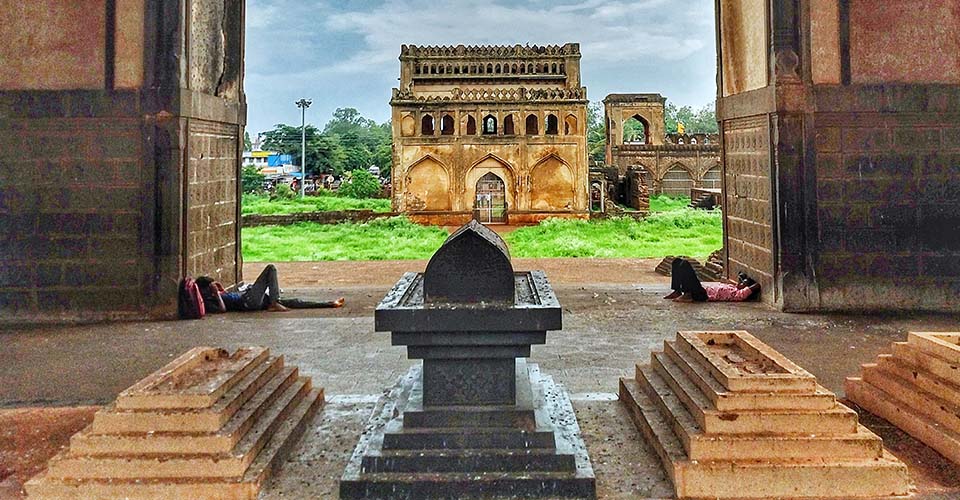 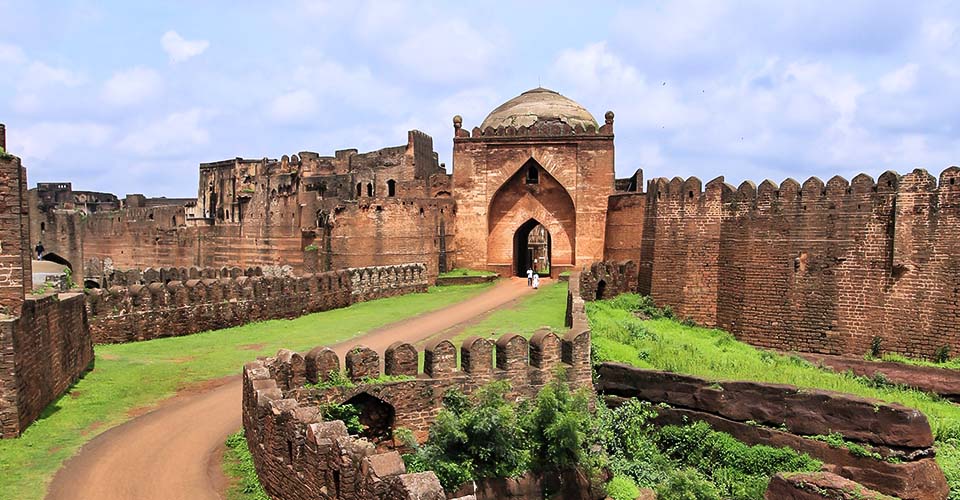 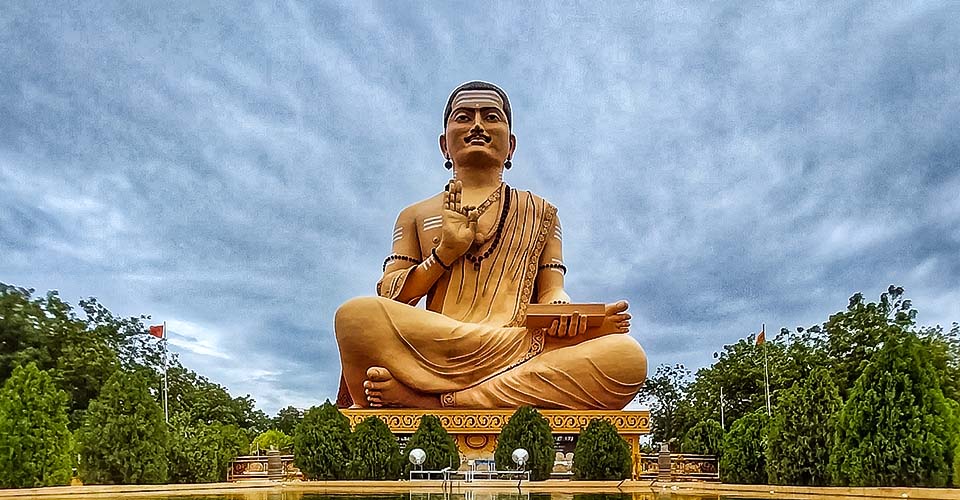