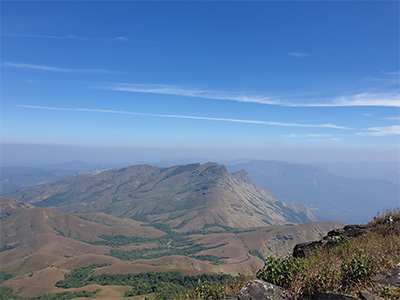 By Meenakshi Gupta
One state many worlds has it all. A state rich in culture, heritage, history, adventure, wildlife, and natural abundance, has also some of the best mountains and peaks to climb. As they say, to unwind one must let loose in the lap of nature and the best way to do that is get into the forest, scale those peaks and engulf the mesmerizing valleys and misty hills. The dynamic presence of the Western Ghats in Karnataka makes it the best destination for trekkers, nature lovers, photographers, and wildlife enthusiasts.
The climbing difficulty level of Peaks or mountains in Karnataka ranges from easy to most difficult. However, this doesn’t dampen the spirits of seasoned as well as amateur trekkers. Karnataka is home to many such climbable peaks ranging from as high as 6330 ft. Mullayanagiri to some of the small hills in the dense forests. Listing here the top mountains in Karnataka with some mesmerizing views of the majestic mountains. 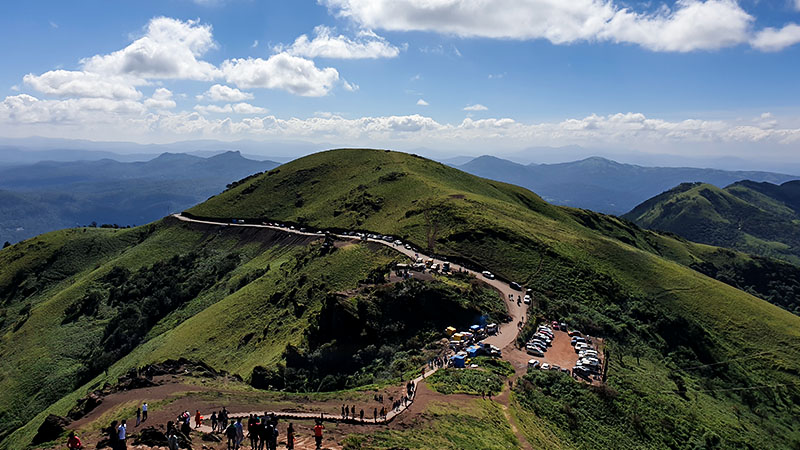 Standing tall at a height of 1930 mts, Mullayanagiri is located in Chandra Dhrona Hill Ranges in Chikamagalur making it the highest peak in Karnataka. The enchanting trekking trail crossing through the dense forest with breath-taking views of the range makes it a paradise for trekkers and is a delight for nature lovers and photographers. The whole trek is around 3 km and takes about 5 hours for the trek.

How to reach
Located in the heart of Chikkamagalur which is approximately 300 km from Bangalore and 150 km from Mangalore. Chikkamagalur can be best reached by train or by road. One of the most scenic train journeys one can experience on this route. Get on board to Vistadome coach for the most enchanting experiences. 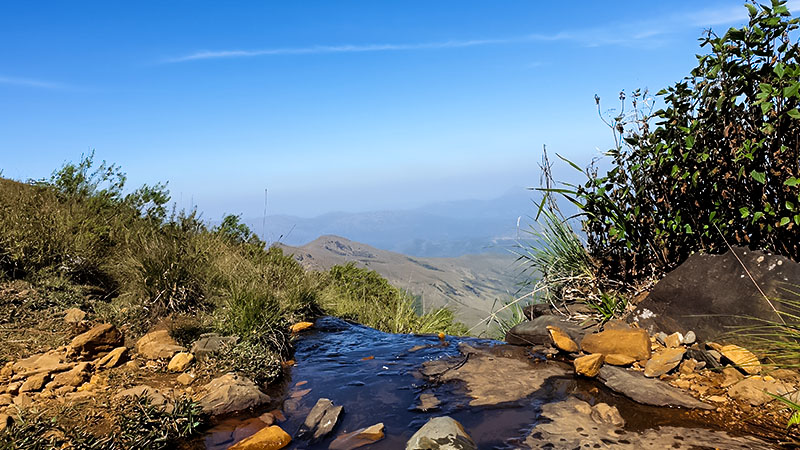 The second highest peak in Karnataka is Kudremukh, standing tall at a height of 1894 mts in the Chikkamagalur district. Kudremukh is also one of the biggest national parks in the Malanadu region in the Western Ghats. As the name says in Kannada, Kudremukh means ‘horse face’. This is because one side of the peak resembles the face of a horse. Kudremukh is a trekker’s paradise and a photographer’s delight. Kudremukh is popular for its diverse and fascinating wildlife, fauna, flora, and trekking trails. Engulfed with thick lush green forest, trails overlooking the misty deep gorges, and cascading waterfalls make Kudremukh trek the most sought with seasoned trekkers.
With a total distance of 22 km, the trek to Kudremukh can fairly be qualified as moderate to difficult for beginners and takes about 5 hours one way. An adventurous trek falls under Kudremukh National Park, hence needs permission and a fee of Rs 600 per person. There are no camping permissions or facilities available at the Kudremukh peak, however, there are several homestays available in the region.

How to reach
Nestled in the picturesque location of Chikkamagalur, Kudremukh is 100 km from the Mangalore international airport. Kudremukh can be reached by train and by road easily. 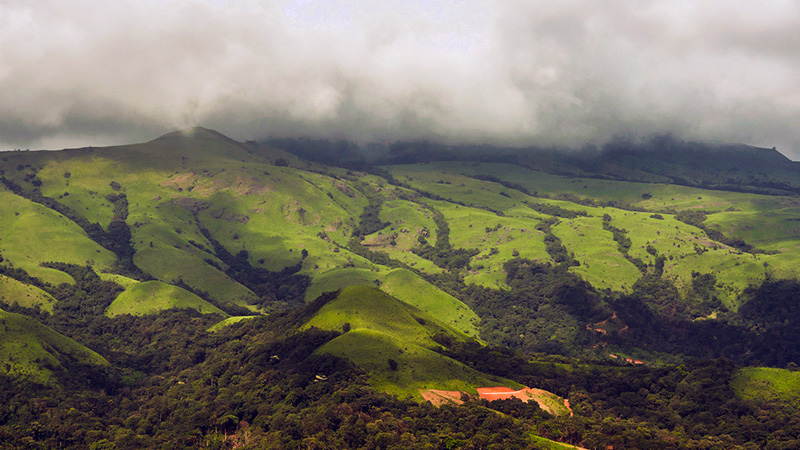 The highest peak in Kodagu district is one of the toughest treks in the state. As it means in the Kodava language, the highest point, Tadiandamol is one of the most challenging and picturesque climbs in Karnataka. Standing tall at a height of 1748 mts, Tadiandamol is nestled in Brahmagiri Wildlife sanctuary in Virajpete taluk of Kodagu district. A 6 km trek route is beyond imagination and looks like a dream location. The misty hills, a little nip in the air, cold winter nights, smashing waterfalls and streams, and much more can be expected from this breath-taking trek route. Moderate to challenging trek route for sure is a perfect getaway to unwind yourself.

How to reach
Coorg or Kodagu district is one of the best hill stations in South India. The best and easiest way to reach Kodagu is by road. While Bangalore is 250 km away, Mangalore international airport is the closest around 138 km. One can also reach via Mysore. From Mysore, Bangalore, and Mangalore you can either take a cab via public transport can reach Kodagu.

Best time to visit
Post monsoon, i.e. from September to March is the best season to visit Kodagu and indulge in Tadiandamol Trek. During the monsoon, the hill becomes slippery and slushy and the chances of encountering leeches are high. Summers are not as harsh as the rest of the country but can be avoided. 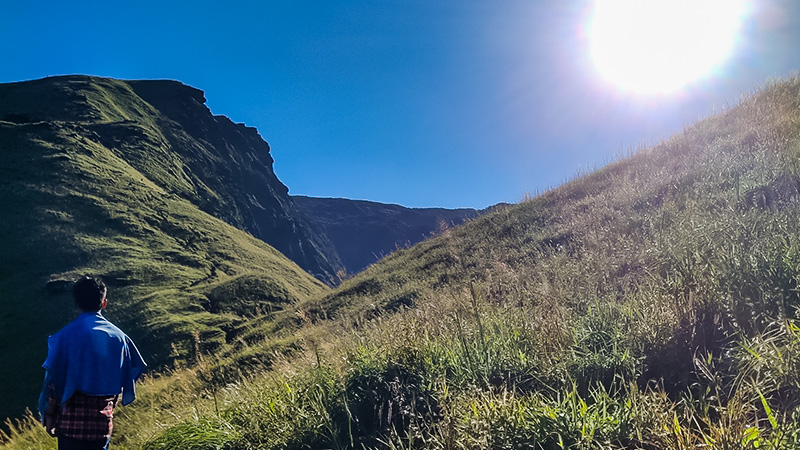 A well-known and popular amongst trekkers, Kumara Parvatha is the fourth highest peak in the state with a height of 1712 mts located in Kodagu district. Wrapped in lush greenery, steep trails, and overlooking deep gorges is surely a trekkers’ delight. Snuggled in the dense Pushpagiri Wildlife Sanctuary is the most treacherous hill to climb yet giving a sense of achievement and calmness after the completion. The strenuous and challenging trek lies between Dakshina Kannada and Kodagu districts. The trek is close to the snake god temple of the state Kukke Subramanya. Kumara Parvatha is called a trekker’s paradise for being one of the most strenuous treks in the state. A distance of about 22 km of challenging trails makes it exciting for the trekkers. The trek difficulty level is moderate to difficult for seasoned trekkers and anyone with a good fitness level. Being located in the forest reserve, you will need permission to trek and a small fee is charged. Even though the trek is a difficult one, it is a do-it-yourself trek.

How to reach
The trek starts at the Kukke Subramanya temple and can be reached easily. The temple can be best reached by bus (private or KSRTC) or by own vehicle.

Best time to visit
Post-monsoon is the best season to climb this challenging and the most scenic trek of Karnataka. During this period the dense forest will be lush green, waterfalls and streams will be gushing, and the clouds are rolling near you. Hence the best time to visit is from October to March. Summers are a little harsh. You might also encounter leeches during and post-monsoon.

Another enchanting and picturesque trek nestled in the Western Ghats sharing borders with Kerala and Karnataka both. Brahmagiri is accessible from Wayanad on one side and Coorg on the other. Located at a height of 1608 mts, Brahmagiri is one of the top ten peaks of Karnataka and is very popular amongst trekkers. Wrapped in dense forests, scenic trails, and amazing wildlife, the trek surely is a dream for trekkers, wildlife enthusiasts, and photographers. An easy trek, which even an amateur can do takes about 3- 4 hours to climb. The total distance of around 10 km can be covered in approximately 8 hours. The highlights of the trek are Thirunelli temple, Munikal caves, and Iruppu waterfalls. One has to be careful with the wild animals especially elephants in the region.

How to reach
Brahmagiri can be reached from Coorg or Kodagu which is easily accessible by road from Mangalore, Bangalore, and Mysore. There are ample trains and flights from most of the major cities of the country. KSRTC and private buses also ply from these cities.

Best time to visit
Post monsoon, i.e. from October to March is the best season to climb Brahmagiri hills. During the monsoon, the hill becomes slippery and slushy and the chances of encountering leeches are high.

DO NOT LITTER IN THE MOUNTAINS
BRING YOUR TRASH BACK 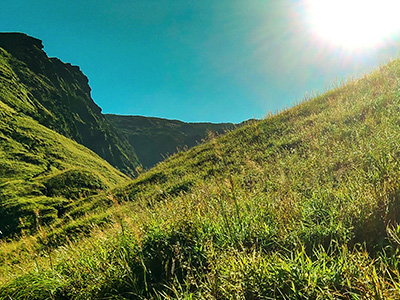 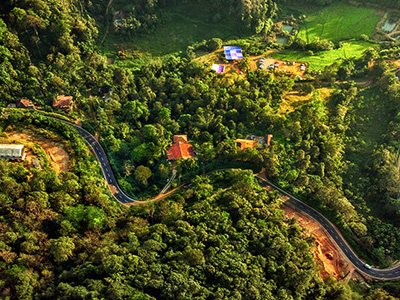 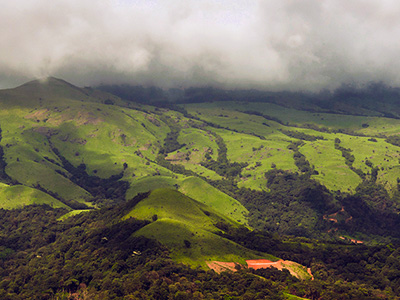 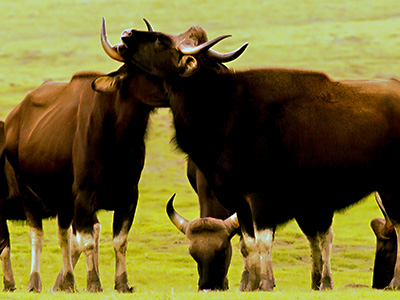