Vijayapura (formerly called Bijapur), is located in the northern part of Karnataka; surrounded by Solapur on the North and Sangali on the North-West (both Maharashtra), Belagavi on the West, Bagalkote on the South, Kalaburgi on the East and by Raichur on the South-East.

Vijayapur was a gateway to the Deccan Sultanate which extended from North Karnataka to central India. Located in the historically rich Deccan, the city was established in the 10th-11th centuries by the Kalyani Chalukyas and was ruled by various dynasties including the Adil Shahi kings who have had a major influence on the region. It is dotted with mosques, mausoleums, palaces, fortifications, watchtowers, and strong gateways, with the massive Gol Gumbaz dominating the landscape for miles around. Vijayapura itself has over 50 mosques, more than 20 tombs and a number of palaces.

Under the Adil Shahi kings, Vijayapura became a culturally rich kingdom and attracted scholars, musicians, artists etc from far and wide including Persia and Arabia. The Mushaira or poetic symposium is believed to have originated here, and later travelled to North India

Download the Android App to the ‘Audio Tour Guide’ developed by Department of Tourism Vijayapura.

Check here to Know More About Places to Visit in Vijayapura

When to go: September to February is the best time. Can be visited all year round.

Vijayapura has a rail and road network from all over Karnataka. Airports are available in adjacent districts.

Hubballi and Belagavi are the most convenient airports to access Vijayapura both 200 kms away. Kalaburagi is a closer airport (166 kms) but has less frequent flights.

Vijayapura has a railway station providing access to Bengaluru and Maharashtra.

Vijayapura has KSRTC bus service from Bengaluru and from major towns in North Karnataka.

Taxi can be hired from and other major towns such as Vijayapura, Basavana Bagewadi, Muddebihal or Indi to explore regional attractions. Autos are best for local commutes. 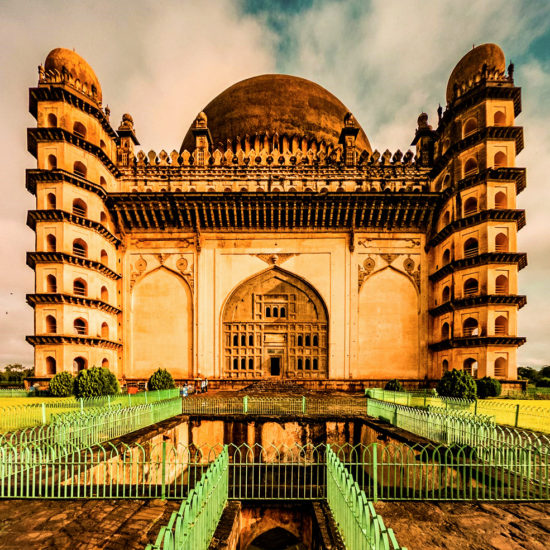 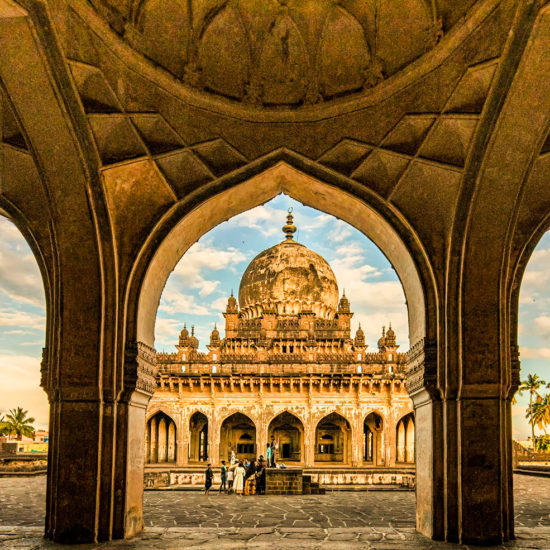 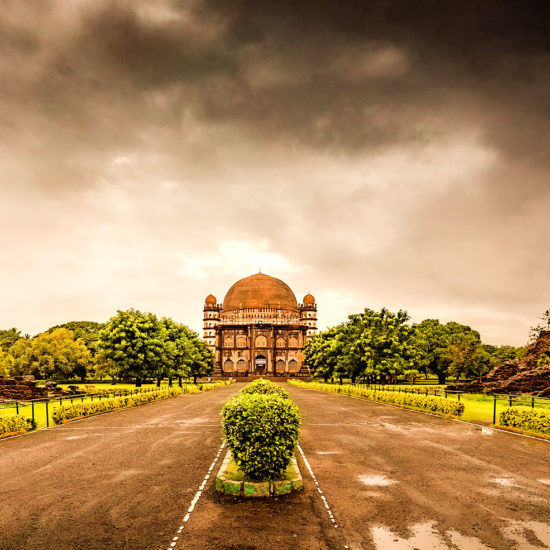 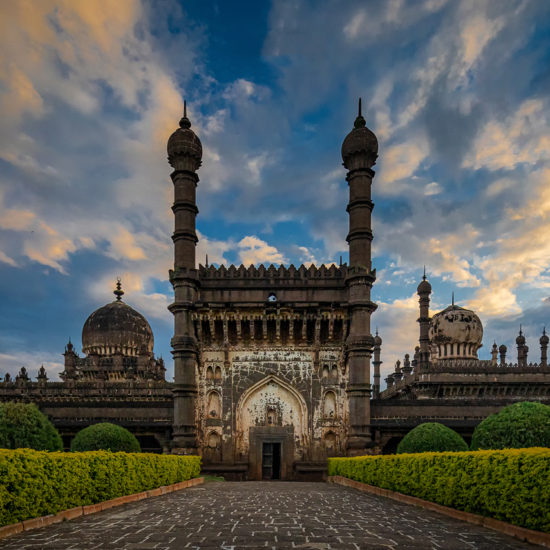 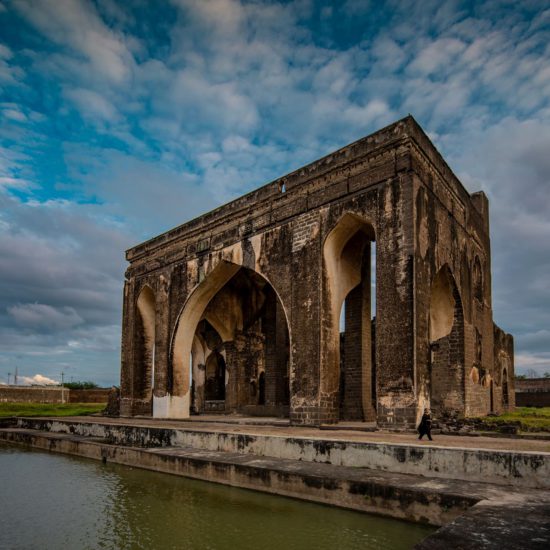 Sangeet Mahal
Screen Reader A- A A+