It is believed that the name of the place earlier was ‘Chatrakaldurg ‘, the word ‘Chatrakal’ meaning umbrella rock, being derived from a striking umbrella-shaped hill in the south-western part of the town. And according to legends, Chitradurga is where Bhima killed the demon Hidambasura and married his sister Hidimbi. Chitradurga has been part of many dynasties like the Shathavahanas, Kadambas of Banavasi, Chalukyas, Pallavas, Rastrakutas, Cholas, Vijayanagara, Paleyagaras and the Mysuru Wadiyars. Molakalmuru taluk is also home to 3 inscriptions of Ashoka’s Minor Rock Edicts. The historic discovery by B. L. Rice in 1892 confirmed that the vast empire of Emperor Ashoka included parts of modern Karnataka as well.

Geographically, Chitradurga is surrounded by Tumkuru in the south, Chikkmagaluru and Davanagere District in the west, Ballari in the north and Andhra Pradesh state in the east. It also has a rich cultural past. Chitradurga has produced writers like Madhava who penned Madhavalankara, Rangakavi of Virupaksha Shathaka, Babburu Ranga. The pioneers of modern Kannada literature like T. S. Venkanaiah, Ta. Su. Shyamaraya, novelist TaRaSu, Sitarama Sastry, Belagere Chandrashekar Shastry, Belagere Krishnashastry, Belagere Janakamma and so on have contributed to the Kannada literature through their works. A theatre for performing arts is located in the heart of the city named after the well-known novelist Talukina Ramaswamy Subbarao (TaRaSu). Recently the TaRaSu Rangamandira has been renovated and it has high-tech sound and light systems with a spacious stage, green room with a seating capacity that can accommodate over 500 people.

Vidyanagara airport in Bellary is the closest (140 kms) but Bengaluru airport (225 kms) is the better choice because of higher number of flights.

Chitradurga has a train station with direct trains from Bengaluru.

Chitradurga has excellent bus connectivity from Bengaluru and other parts of Karnataka.

Taxis can be hired from Chitradurga to explore regional attractions. Autos are best for local commutes. 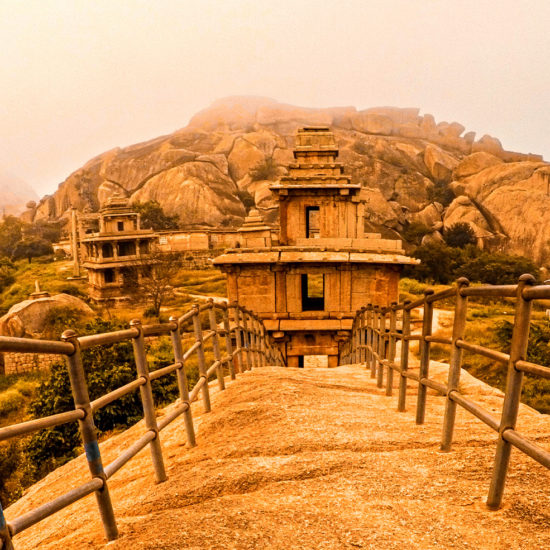 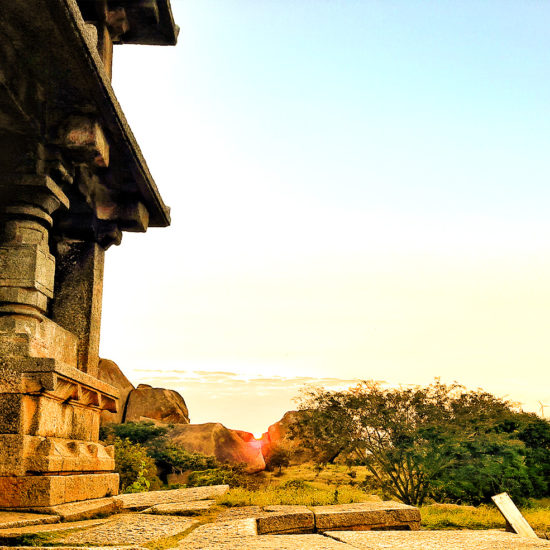 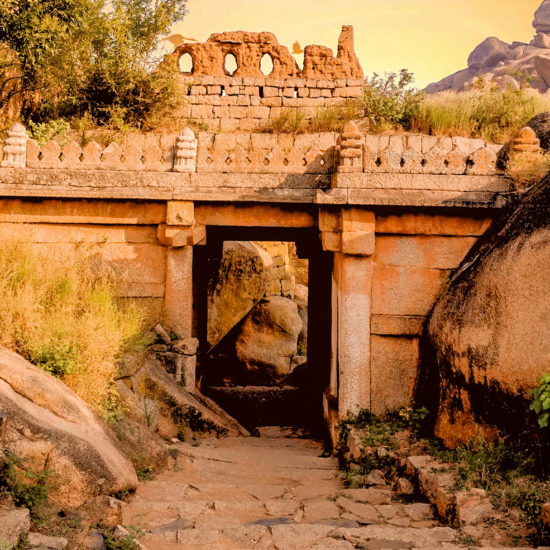 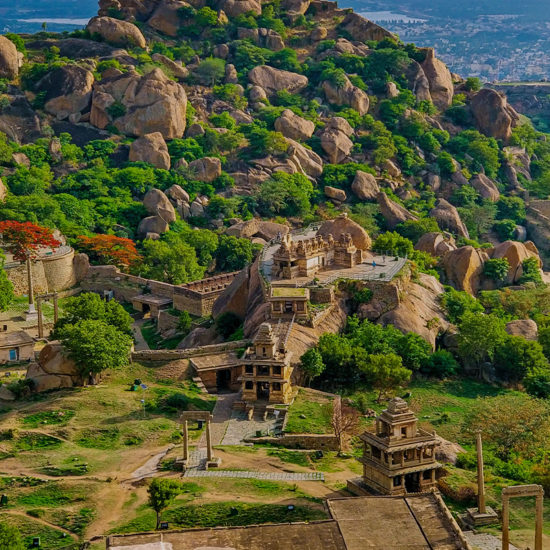 Chitradurga Fort_wide view
Screen Reader A- A A+