Bengaluru Rural is surrounded by Bengaluru Urban in the south, Tumkuru and Chikkaballapur in the north, Kolar in the east and Ramnagara in the west. Bengaluru Rural District was formed in 1986 when Bengaluru was split into Bangalore (Rural) and Bangalore (Urban). Again, it was spilt in 2007, when the talukas of Kanakapura, Ramanagar, Magadi and Channapatna merged to the newly formed Ramanagara district. At present, it is spread across four taluks namely Doddaballapur, Devanahalli, Hosakote and Nelamangala.

It has a suitable climate for horticulture and sericulture farming activities. There are also a number of wineries in the district. Although Bengaluru Rural is mainly an agricultural district, the proximity to Bangalore city has its own influence on the district. It has a sizable population who work in the city areas as well as the presence of many services and IT (Information Technology) industries with the arrival of SEZs (Special Economic Zones).

And without doubt, it is the Gateway to South India – as the swanky Kempegowga International Airport is located here. Some of the popular tourist attractions include Ghati Subramanya Temple, Devanahalli Fort and Shivaganga Temple. Given their proximity to the city, attractions in Bengaluru Rural are ideal for quick day trips or as weekend getaways.

The airport in Bengaluru Rural being the centre, there are many ways to reach the place like Airport City Shuttle Services, Airport taxis, App-based taxis, Car Rentals and Intercity Airport Bus Services

Taxis can be hired in Doddaballapur or from Bengaluru city to explore destinations in Bengaluru Rural. Self Drive cars and bikes are available in Bengaluru. 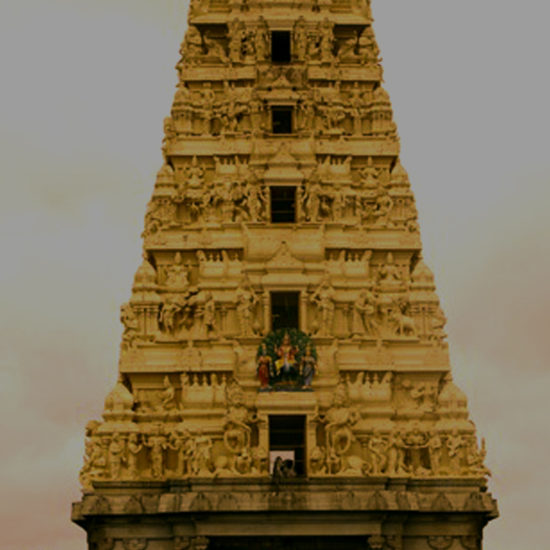 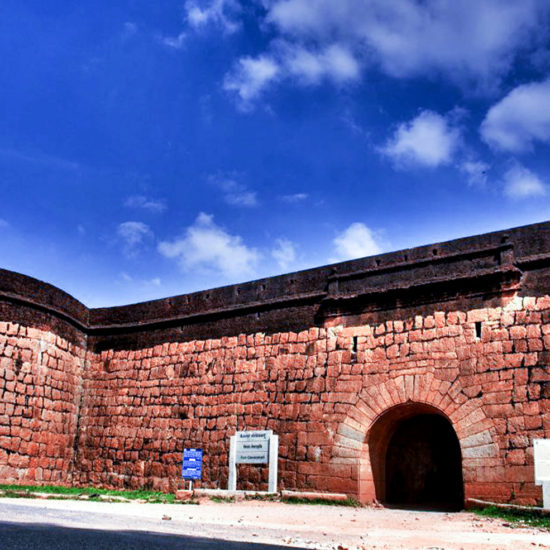 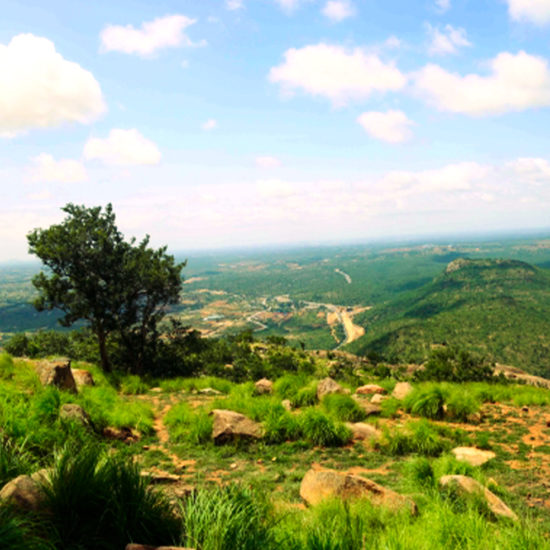 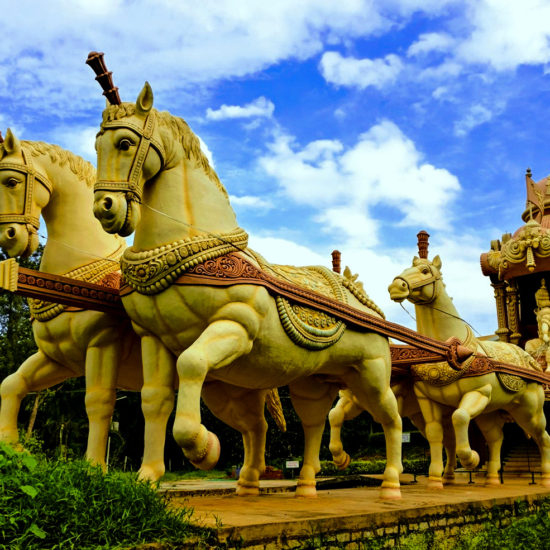 Vishwa Shanti Ashrama
Screen Reader A- A A+