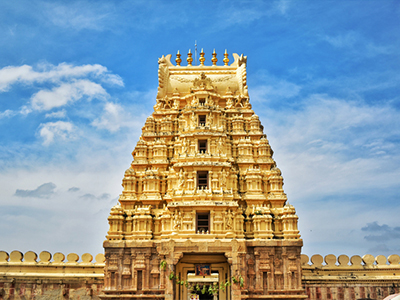 Located on Srirangapatna, an island in the river Kaveri, Ranganathaswamy Temple is one of the country’s most revered Temples. It is dedicated to Ranganatha, an incarnation of Lord Vishnu. It is considered to be one of the Pancharanga Kshetram (five most important shrines devoted to Lord Vishnu) in South India. The presiding deity is known as Adi Ranga as it is the first Temple from upstream.

Besides the religious significance, the Temple is also renowned for its fine architecture. A stunning example of Hindu architecture, the Temple has a striking tower along with two huge Prakarams around the sanctum at the entrance. A pavilion, lined with pillars leads to the main shrine. These pillars are intricately carved, showcasing the exceptional craftsmanship of the people of the past era.

The main shrine consists of the idol of Lord Vishnu in a reclining posture. The idols sit the coils of the snake Adishesha Naag with seven hoods. There is an idol of Goddess Lakshmi at its feet. Also, you can see various smaller shrines inside the complex, such as those dedicated to Narasimha, Garuda, Gopalkrishna, and Hanuman.

The Temple is surrounded by River Kaveri where pilgrims take a dip before entering the Temple complex. While the Temple is visited by people throughout the year, the best time to witness its glory is during the various festivals celebrated here. Bangarada Garudotsava, Sriranga Jayanti, Sudha Poornima, and Uyyalotsava are some of the most important festivals celebrated here. During these celebrations, there are huge lines of pilgrims coming here from different parts of the country to seek blessings.

You can also plan your visit in the monsoon months of July and September. During this season, River Kaveri can be seen in its full grandeur, making the sight even more breathtaking. If you are on a Temple tour, make sure to visit the Ranganathaswamy Temple in Karnataka. 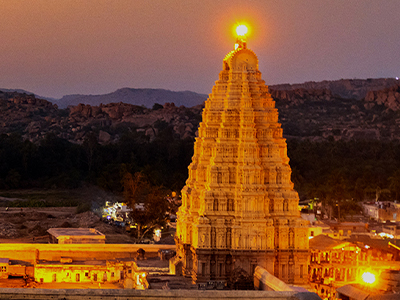 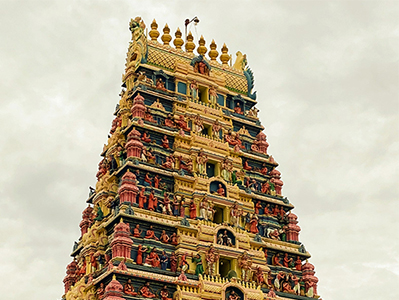 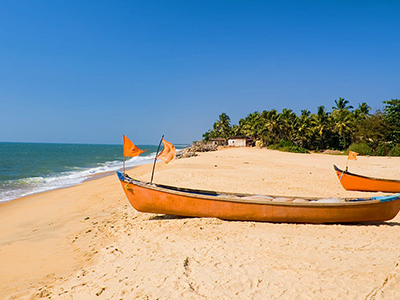 Places to visit in Karnataka in December 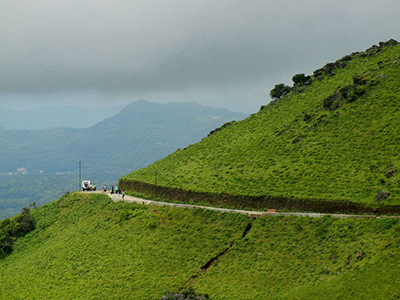