Mysuru is the cultural capital of Karnataka, home to the Internationally popular Mysuru Palace which gets over 6 million visitors each year and is India’s second cleanest city after Auroville. Before the formation of Karnataka State in 1956, most of South India was under the rule of Mysuru state. It is the erstwhile capital of the Wadiyar Dynasty.

Interestingly, history or legends say that it was around this time during their rule that the famous sweet Mysore Pak was invented in the palace kitchen’s by one of their cook’s. The cook, although, had no idea himself of the name of the most mouth watering sweet whose ghee immersed flavor just melts in your mouth, boggling your taste buds. Such was the feeling of the then king when he first tasted Mysore Pak. So yes, this delectable sweet is a must experience when in Mysuru that will take you through a tour of flavors of the city in itself.

Mysuru Pak is found in any sweet shop or bakery in Mysuru but do not miss out on trying it out from the descendants of the person who created the sweet. Yes, Guru Sweets in Mysuru is owned by the descendants of the royal cook Kakasura Madappa who introduced the sweet in the royal courts for the first time and since then for about 74 years or more, this place has been the ideal place to purchase Mysuru Pak.

Of course, many must have heard of the scrumptious Mysuru Masala Dose is again a must try dish.

When at Mysuru, take a walking tour around this beautifully calm city and indulge yourself in some shopping experiences like the beautiful Mysuru Silk (weaved from Mulberry Silk), the famous Chennapattana Wooden Dolls, Mysuru Sandal Soap (Sandal Soap Factory) and the fragrant Mysuru Jasmine(Malli) to name a few.

Mysuru is also famous for its Tanga/Tonga Ride (a light carriage drawn by a horse). Skip those cabs and rickshaw’s, hop on to the horsecarts and enjoy a fun-filled ride around the city at a comparatively low cost, controlled by the locals of the city.

On the other hand, Mysuru is known to have one of the most well maintained Public Bike Sharing System (PBS) known as TrinTrin. Get your hands on one of those yellow cycles and take yourself on a cycling tour around the city as well and enjoy every part of this clean city.

TrinTrin PBS, this is the official site about PBS and its tariff for the same

This is a city that is the epitome of cultural indulgence and a tourist’s most loved destination. Over the year’s Mysuru has seen a surge in International Tourists who flock to the city to rejuvenate in the Yoga retreats, thus, making the city a yoga hub. Mysore Style Yoga this link goes on to say how Yoga rose to fame in Mysuru, making it one of the preferred destinations for International tourists. The Gokulam suburb contains the most renowned yoga schools (such as S.K. Pattabhi Jois’ Ashtanga Yoga Research Institute).

Mysuru Dasara is an annual festival not to be missed. Held during the month of October, Mysuru Dasara attracts visitors from all over the world. Mysuru city will be at its best during the Dasara celebrations. Jambu Savari (elephants carrying the royal throne and going in a procession) is a major attraction.

When to go: All year round 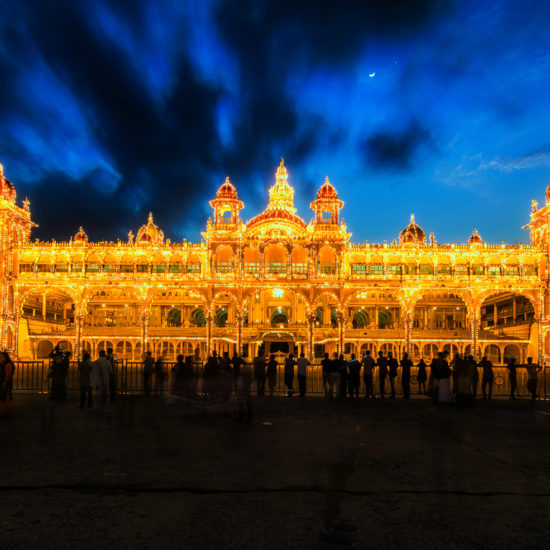 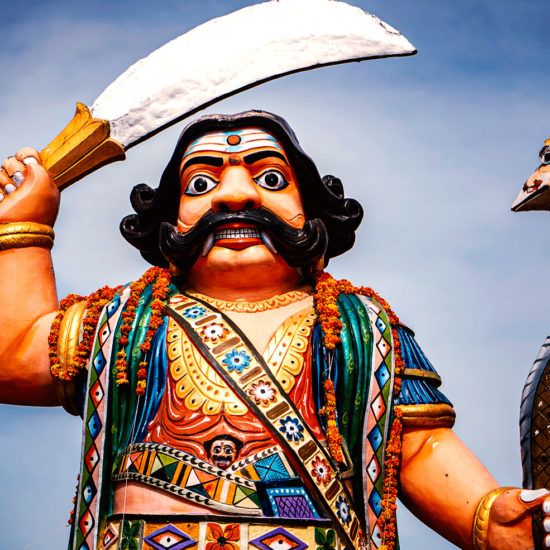 Mysuru is well connected by air, rail and road network from all over Karnataka.

Mysuru airport is 11 kms from city centre and has flights from select cities such as Bengaluru, Chennai, Hyderabad, Goa and Kochi. Bengaluru and Kannur are two nearby international airports with better flight connectivity. (180 and 160 kms from Mysuru respectively)

Mysuru has a railway station and is connected to Bengaluru and Mangaluru by train. Shatabdi Express covers the distance between Bengaluru and Mysuru in about two hours.

Mysuru has excellent bus connectivity from major cities of Karnataka. KSRTC, Flybus and other private players have good connectivity to Mysuru.

App based cycle rentals such as Trin Trin (https://www.mytrintrin.com/ )can be used for short commutes. Self drive cars and bikes are available in Mysuru. Taxis can be hired to explore nearby attractions. Horse pulled Tanga rides are a popular mode of commute in Mysuru. KSTDC operates Mysuru city sightseeing tours (https://www.kstdc.co/tour-packages/mysuru-sight-seeing-2/). 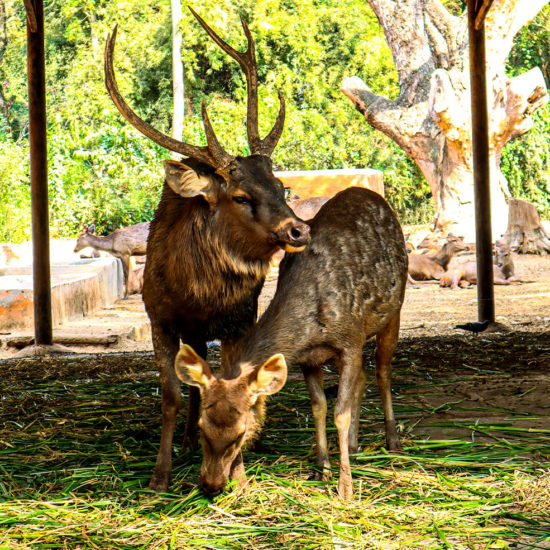 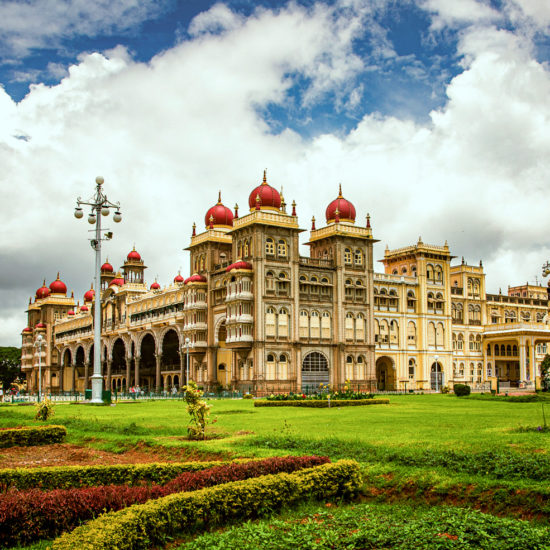 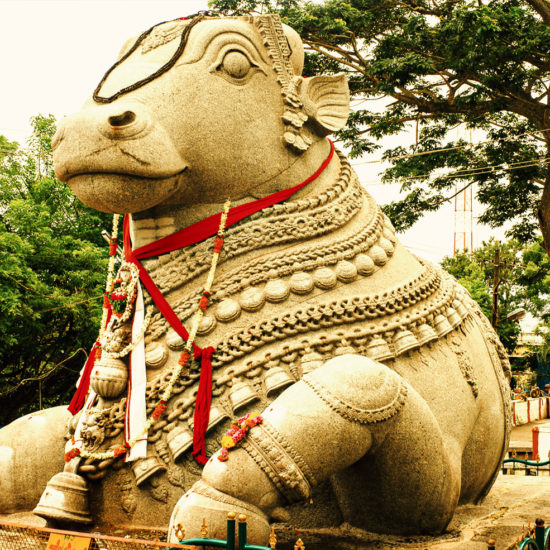 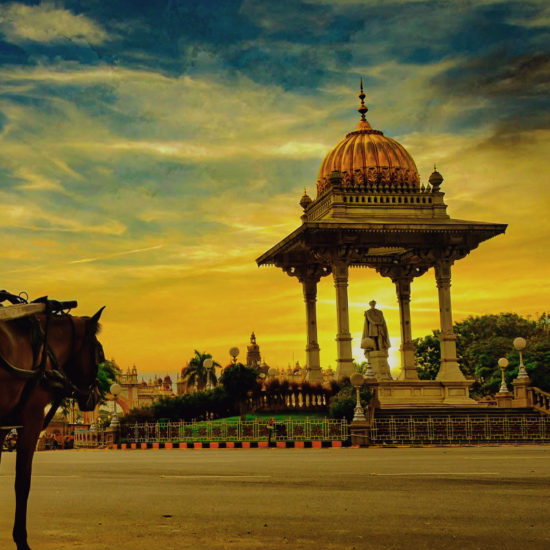 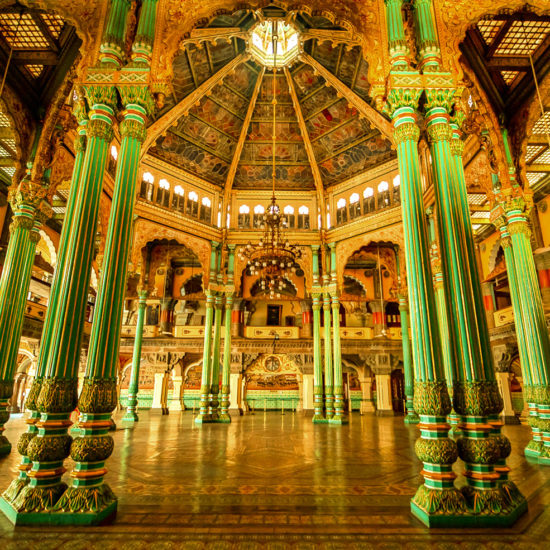 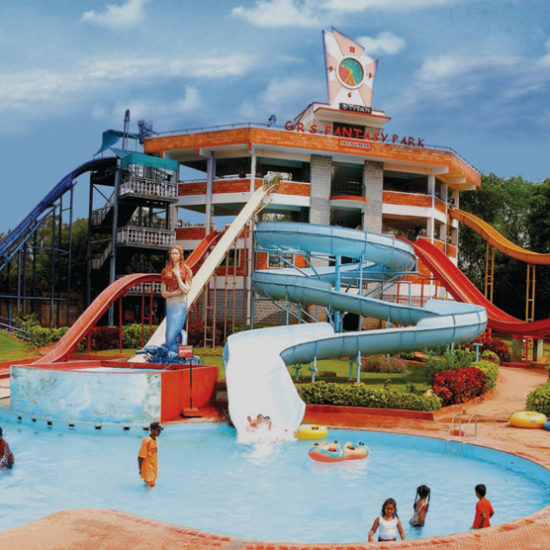 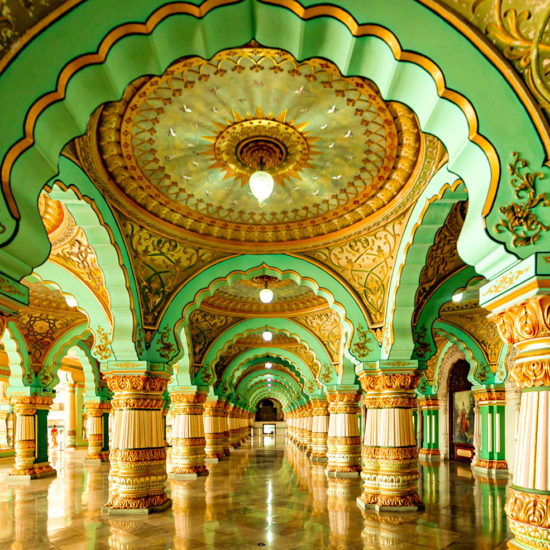