Discover the 9-day Karaga, a tradition started and sustained by a Tamil speaking community of gardeners called Thigalars. The Karaga festival is held at the Dharmaraya Swamy Temple in Bangalore. Just after dusk on the Karaga day between March and April, a priest dressed in female attire leads a spectacular procession, to the accompaniment of dazzling swordplay by a number of dhoti-clad, bare-chested Thigalars. On his head, he carries a flower-bedecked pyramid. A unique feature of the Karaga is the unbroken tradition of visiting the tomb of an 18th-century Muslim saint
every year – this custom has become a symbol of Hindu-Muslim unity.

History: During Mahabharata, Draupadi, wife of five Pandavas created several Veera Kumaras (brave sons) to form a mini army and defeat demon Timirasura. At the time of her death, these Veera Kumaras begged Draupadi not to leave them. Draupadi instead promised to return each year during the full moon day of Chaitra masa (month). Karaga festival is celebrated each year to mark the return of Draupadi in the form of Adishakti.

Karaga Procession: Devotees take out a large procession as part of Karaga celebrations, carrying earthen pots on their heads

When is Bengaluru Karaga:

The 2020 edition of Bengaluru Karaga will begin on 8th April, 2020. Karaga begins on a full moon day of the Chaitra Masa according to Hindu Calendar. Exact date varies each year based on Hindu calendars but usually falls in March/April.

Where does Bengaluru Karaga Begin:

Shri Dharama Raya Swamy temple in Nagarathpete, Bengaluru is the starting point for the Karaga procession and main temple associated with the Karaga festival. Nagarathpete is 37 kms from Bengaluru airport and 5 kms from city centre (majestic). 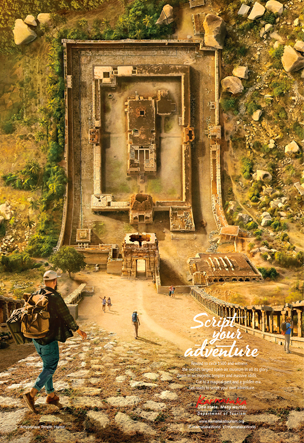