Often mistaken for other temples in the state, Bhimeshvara temple is located in Nilagunda town in Harapanahalli taluk of Davangere district in Karnataka. 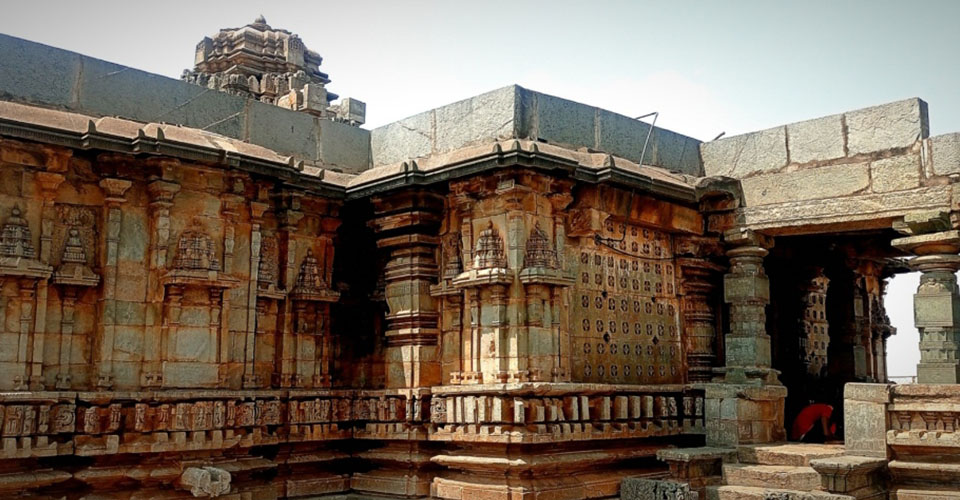 As per the information notice board outside the temple, Bhimesvara Temple was constructed during the last quarter of the 11th century A.D. under the Chalukya Dynasty in Nilagunda village. Nilagunda is known for its soapstone quarries and is an important village from the times of Kalyana. The temple consists of three Garbhagrihas, each with an Antarala on the north, west, and south. The doors of these garbhagrihas are beautifully carved and open to the sabha mandapa and Mukha mandapa. The temple is protected by the Archaeology Survey of India and is of national importance. Located at the backdrop of a beautiful lake and mesmerizing landscape of neighbouring hills, the temple is visited by a devotees on various occasions. 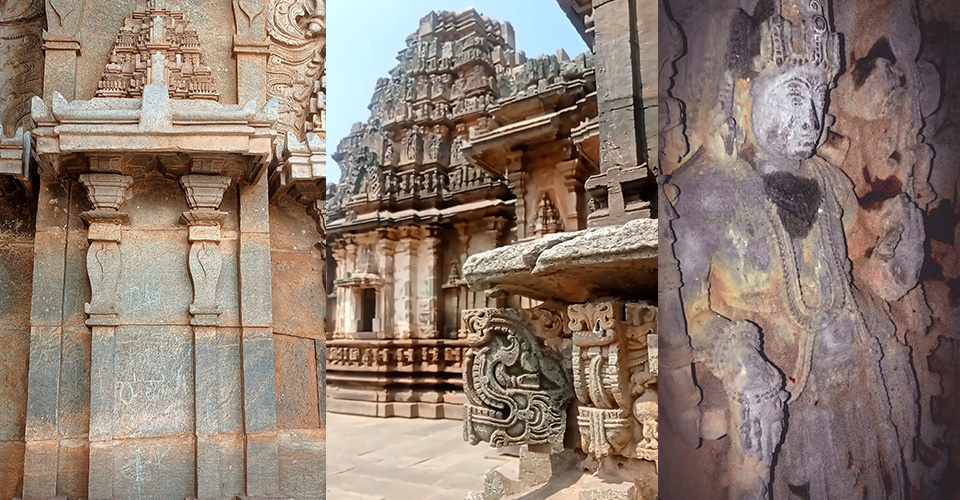 Dedicated to Lord Shiva, the temple is visited by very few people, however, during any festivals or Jatre it is quite crowded. It is believed that the Shivalinga was built by Pandavas during their vanavasa. 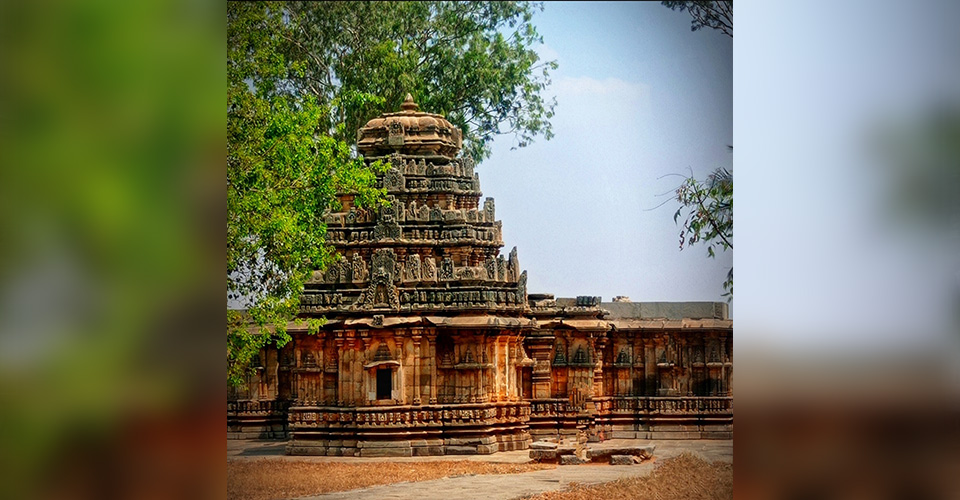 The Gopura and the interiors of the temple display the intricate carvings in Hoysala style and is a pleasure to see and admire the exclusive craftsmanship of the time.
Not to miss the small Nandi Bull facing the west sanctum. The other sculptures of various Hindu deities like Ganesha, Saptamatrika, and Mahishasuramardhini are adorned in the interior walls of the temple.

By Air
The nearest airport is Bangalore International Airport which is about 300 km and takes about 5 hours to reach Nilagunda by road.

By Rail
The best route to Davanagere by train is via Bangalore. It takes about 4 hours and 30 minutes to reach Davanagere and another hour to Harapanahalli by road. Davanagere is well connected via rail through most of the major cities and towns of Karnataka and neighbouring states.

By Road
Any destination can be reached to the last mile best is by road. The Harapanahalli village can be reached by road via bus or by own vehicle. State-run transport bus service is a good option to reach Davanagere from most of the major towns of Karnataka.

Temple Timings
Like any other temple, Bhimeshwara temple also opens around 5.30 am and is open till 7 pm.
Entry Fee: There is no entry fee to the temple. 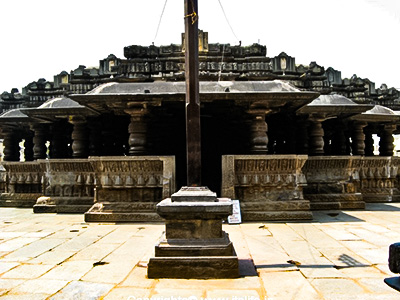 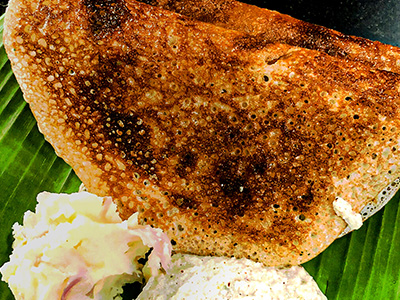